http://www.google.com/webmasters/
A Woman's Story
"Self Knowing comes from knowing other women"

“Tell  me your story Louise and I will try to give you a voice so that the world will know who you were. Within the pages of this story that I will tell, I will open the door of the golden cage that held you back  and you will be free to tell your story through my written words."

This is a true story and one that I will share with you because it has become a part of who I am and I know that her story will help you understand yourself.  I have always said that to understand Louise would be to understand all women.


In January of 2000 I was offered a job as the coordinator for a new community museum. I accepted the position without really knowing what it was about. Not long after I started, I found my way to a book shelf in the documentation center. I was trying to understand the history of the area so that I could write an interpretation plan. The museum’s board of directors wanted to open the museum to the public and I had the job of turning the history into an interesting subject that would attract tourist.  As I carefully looked at the books on the shelves, a red covered volume caught my eye. I removed it and looked into the eyes of a beautiful woman's photograph on the cover.  Her face captivated my interest for her eyes seemed to be filled with such a mysterious sadness. I needed to understand.

The more I read about Princess Louise, the more I admired this incredible woman.  She was described as the most beautiful of Queen’s daughters, just like all princesses are supposed to be according to the fairy tales I had read. Yet in the real world we know that fairy tales are just wishful stories told to us as children, meant to fill our imaginations with dreams of hope and happiness. Sadly many of us grow up thinking that life is supposed to be about meeting the handsome prince or the beautiful princess and then  living happily ever after in a castle.  No wonder we have trouble dealing with the real world.

Discovering Louise’s story became a calling and a vision that seeped itself into me one droplet at a time. It was potent, unrelenting and addicting. No matter what was happening at work or in my private life, Louise was a positive focus in my day to day living. I spent my free time researching information about her. My quest to get to know this woman took me on an unbelievable journey. The more I learned about her, the more I realized how extraordinary she was and that my intuition to discover her had been right.  I found more books and pictures of her and over the twelve years at the Museum. I spoke to the locals who remembered stories their parents and grandparents had told them about her time in our community.  I told her story to thousands of  people who visited the museum. I  built a travelling exhibition that travelled to several venues in Alberta, Canada, a province that was named after her.

Louise had lived a real life with many achievements and failures, determination and disappointments, love and loss, happiness and regrets.  Several authors have written about her, often with much speculation  and mystery, because  she did  manage to keep many of her secrets to herself. Yet  after all the research, I could not help but think  that  we were missing the message in her story. I knew without a doubt that this lady needed someone to give her a voice so that she could share the wisdom that she had earned in her ninety one years of life.  She was not only an intelligent and courageous woman, she just happened to be a princess which added more layers to her complicated life. After fourteen years of studying  the life of Princess Louise, I have learned many unimaginable lessons about how we live our days.  With everything that I read about her and by looking at all the pictures that I have collected, I realize that the greatest lesson she left for us, is not to die with regrets.

To understand the life of Louise will encourage us to look at the truths of our own lives and maybe we will be better able to deal with our own limitations and weaknesses. It should make us more aware of the need to live a more purposeful life, without the restraints of our own cages of circumstances. It is because of her, that I have found myself working with women and their stories.

At this time, I am writing a book about a specific time in her life that has been left out of all that has been written about her. The reason is that it took place here in the town that I live in and I was able to piece it together after many years of  research.  It is a part of her story that I believe reveals a truth about her as a woman. For a brief moment in time, Louise  was able to escape from the  golden  cage that was her birthright. In knowing this secret, we will be able to understand a part of ourselves.

To get it  written and brought forth into the world will take a great effort and I cannot do it alone. Therefore I invite you to take part in an experiment that will give Louise a voice and will add to our need to  understand each other. As readers, we will be given a glimpse into the life of a woman who was filled with artistic passion, intelligence, compassion, and in her search for acceptance and love, made the mistakes that bring us our greatest lessons.


Can a community work together to tell a real fairy tale. 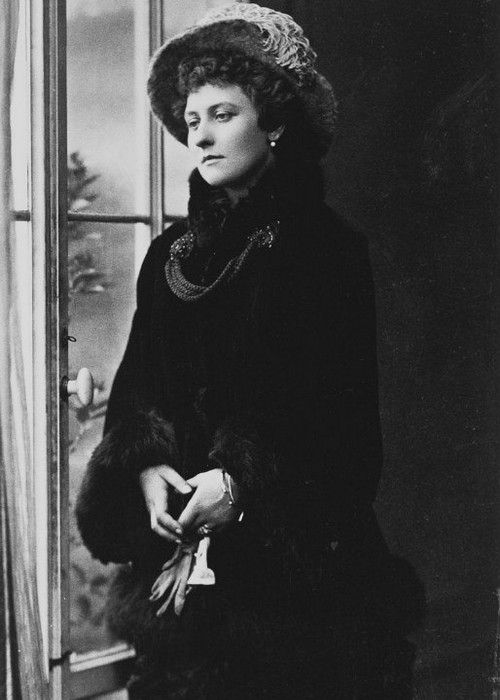